Pelvic solution - Cause, anatomy and treatment

Pelvic relief is one of the very first things mentioned when talking about pelvic pain. Sometimes it is mentioned correctly, other times by mistake or lack of knowledge.

relaxin is a hormone found in both pregnant and non-pregnant women. During pregnancy, relaxin works by producing and remodeling collagen, which in turn leads to increased elasticity in muscles, tendons, ligaments and tissue in the birth canal - this provides enough movement in the area involved for the baby to be born.

But, and that's a big but. Research in several large studies has ruled out that the levels of relaxin are a cause of pelvic joint syndrome (Petersen 1994, Hansen 1996, Albert 1997, Björklund 2000). These relaxin levels were the same in both pregnant women with pelvic joint syndrome and those without. Which in turn leads us to the conclusion that Pelvic joint syndrome is a multifactorial problem, and should then be treated with a combination of exercise aimed at muscle weakness, joint therapy and muscle work. It can be very difficult to distinguish between pelvic solution and pelvic lock due to the movement pattern of the ilio sacral joints.

- Also read: Why did I have so much back pain after pregnancy?

Some of the most common causes of such ailments are natural changes throughout pregnancy (changes in posture, gait, and change in muscular load), sudden overloads, repeated failure over time, and little physical activity. Often it is a combination of causes that cause pelvic pain, so it is important to treat the problem in a holistic way, taking into account all factors; muscles, joints, movement patterns and possible ergonomic fit.

Anatomy of the pelvis

What we call the pelvis, also known as pelvis (ref: large medical lexicon), consists of three joints; the pubic symphysis, as well as two iliosacral joints (often called pelvic joints). These are supported by very strong ligaments, which give the pelvis a high load capacity. In the 2004 SPD (symphysis pubic dysfunction) report, obstetrician Malcolm Griffiths writes that neither of these three joints can move independently of the other two - in other words, movement in one of the joints will always lead to a counter-movement from the other two joints.

If there is uneven movement in these three joints we can get a combined joint and muscular torment. This can become so problematic that it will require musculoskeletal treatment to be corrected, e.g. physiotherapy, chiropractic or manual therapy. 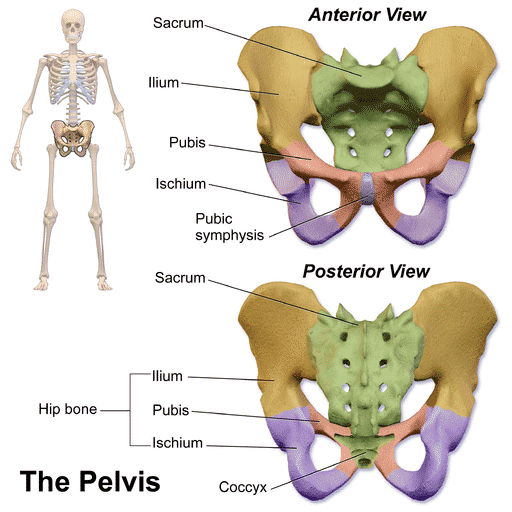 What can you do yourself?

, as it has shock absorption, as well as 3 different tips that allow you to adapt to normal ground, rough terrain or icy terrain.

Some think that a so-called pregnancy pillow

can provide good relief for sore back and pelvic pain. If so, we recommend Leachco Snoogle

, which is the best seller on Amazon and has over 2600 (!) positive feedback.

- NEXT PAGE: Pain in the pelvis? (Learn more about pelvic loosening, pelvic locking and various causes of pelvic problems) 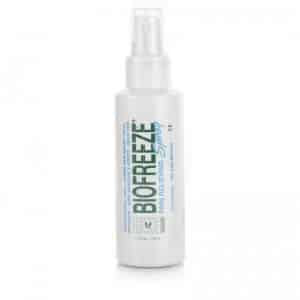 (We try to respond to all messages and questions within 24-48 hours. We can also help you interpret MRI responses and the like.)

Please login again. The login page will open in a new tab. After logging in you can close it and return to this page.