Rheumatism is an umbrella term that involves conditions that cause chronic pain in the joints and connective tissue.

There are over 200 varieties of rheumatism.

As mentioned, joints, connective tissue and muscles are most often affected by rheumatism, but it is important to know that rheumatic diagnoses can also affect the skin, lungs, mucous membranes and other organs. - it depends on what kind of rheumatic diagnosis it is. Feel free to contact us on our Facebook page if you have input or comments.

Affected? Join the Facebook group «Rheumatism - Norway: Research and news»For the latest updates on research and media writing about this disorder. Here, members can also get help and support - at all times of the day - through the exchange of their own experiences and advice.

Bonus: At the bottom of the article you will find a training video with exercises adapted for those with soft tissue rheumatism.

Previously, before research and recent knowledge have given us better insight into what rheumatism really means, rheumatism was almost generalized and 'brought under a comb' - but now you know that it is important to find out what kind of rheumatism it is about, so that you can get optimal treatment and help.

We usually distinguish between non-autoimmune and autoimmune rheumatic diagnoses. The fact that a rheumatic diagnosis is autoimmune means that the body's own immune system attacks its own cells. An example of this is Sjögren's disease, where white blood cells attack the lacrimal glands and salivary glands, which in turn leads to dry eyes and dry mouth.

The 7 best known forms of rheumatism

It is true that some forms of rheumatic disorders are more well-known and widespread in the Norwegian population - both in terms of general level of knowledge, but also to the extent that people are affected. Perhaps the most well-known diagnoses are rheumatoid arthritis (arthritis), Ankylosing spondylite (formerly known as Bechterews), Fibromyalgia (Bløtvevsrevmatisme) Osteoarthrtitis (Osteoarthritis), gout, lupus og Sjögren's disease. 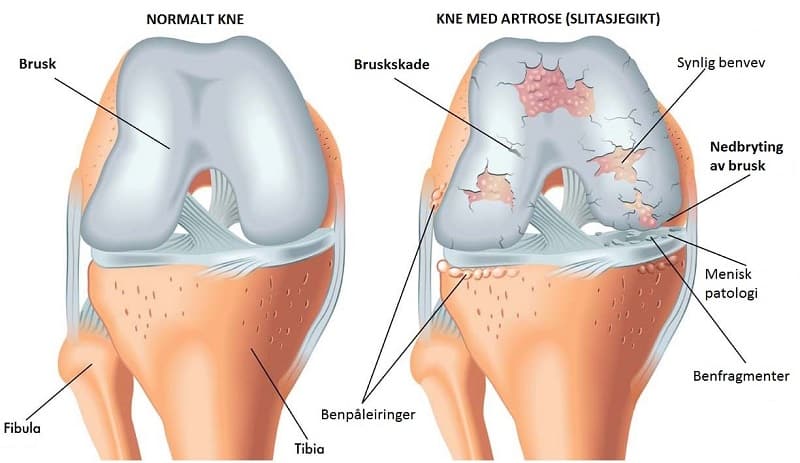 - Here we see an example of Osteoarthrtitis in the knee. Osteoarthritis mainly affects weight bearing joints.

We note that not all rheumatic disorders have these symptoms, and that many rheumatic diagnoses also have their own, more specific symptoms. However, it is common for people with rheumatism to report at least four of the seven symptoms mentioned above. The typical described pain of rheumatism is 'deep, aching pain'.

Other symptoms that may occur include:

movement Difficulties (Walking and general movement can be difficult and painful)

period cramps (Arthritis and arthritis may be affected by hormonal factors)

Overweight (Often a secondary effect due to inability to move)

Dizziness (Dizziness can occur in a variety of forms of arthritis and joint conditions, which can be secondary to tight muscles and stiff joints)

Exhaustion (Due to ongoing processes in the body, people with arthritis can often feel exhausted and very tired)

Taken together or alone, these symptoms can lead to a significantly reduced quality of life and functioning. 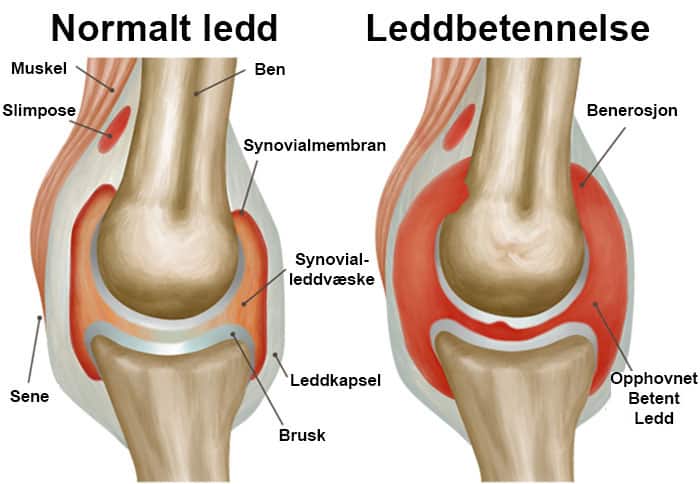 Treatment of rheumatism and arthritis

There is no direct cure for rheumatism and arthritis, but there are both symptom relief and dysfunctional measures - such as physical therapy, physiotherapy, custom chiropractic treatment, lifestyle changes, dietary advice, medical treatment, supports (eg compression gloves) and surgery / surgical intervention.

Tips: A simple and everyday change for many is the use of specially adapted compression gloves og compression socks (the links open in a new window) - these can in fact contribute to increased blood circulation to stiff fingers and sore hands, and thus help to maintain functionality in everyday life.

- Support of joints (eg rails or other forms of joint support)

Physical treatment and physiotherapy in the treatment of arthritis / arthritis

Physical treatment can have a good effect on affected joints and can also lead to increased function, as well as improved quality of life. Adapted exercise and exercise are generally recommended to maintain joint health and the person's overall health.

Studies have shown that low-dose laser (also called anti-inflammatory laser) can work at reducing pain and improving function in the treatment of arthritis and osteoarthritis. The research quality is relatively good.

Helping to keep one's weight, exercising properly and not least eating right can be very important for the quality of one affected by arthritis.

For example, increased weight and overweight can lead to even greater stress for the affected joint, which in turn can lead to more pain and poorer function. Otherwise, those with arthritis are often advised to stop smoking tobacco products, as this is linked to poorer blood circulation and repair ability.

“A meta-study (French et al, 2011) showed that manual treatment of hip osteoarthritis had a positive effect in terms of pain relief and functional improvement. The study concluded that manual therapy is more effective than exercise in the treatment of arthritis disorders. "

Given that inflammation (inflammation) is often involved in this diagnosis, it is important to focus your food intake on anti-inflammatory food and diet - and not least avoid pro-inflammatory temptations (high sugar content and low nutritional value).

Glucosamine sulfate in combination with chondroitin sulfate (Read: 'Glucosamine sulfate against wear?') has also shown an effect against moderate osteoarthritis of the knees in a larger pooled study (Clegg et al, 2006). In the list below, we have divided foods that you should eat and foods you should avoid if you have arthritis / arthritis. 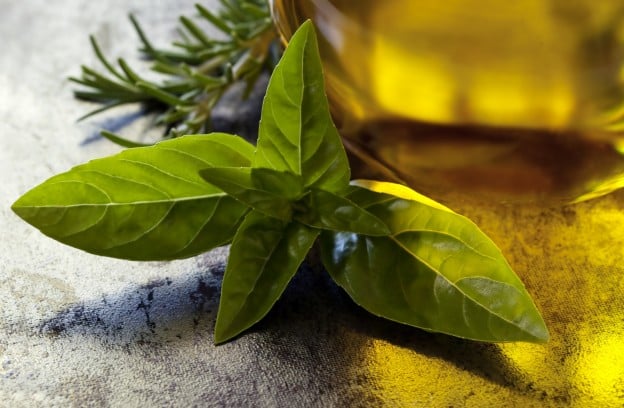 To conclude a bit about foods that should be eaten, one could say that the diet should be aimed at a so-called Mediterranean diet, which has a high content of fruits, vegetables, nuts, whole grains, fish and healthy oils.

Of course, such a diet will have many other positive effects - such as more control over weight and a generally healthier everyday life with more energy.

Gluten (many people with arthritis react negatively to gluten)

The aforementioned food groups are thus some of the ones that should be avoided - as these can aggravate the arthritis and arthritis symptoms.

On a general basis, it is recommended to treat colds in the symptoms of arthritis. This is due to the fact that cold calms down inflammatory processes in the area. However, it is worth mentioning that not everyone responds well to this.

Massage and muscle work can have a symptom-relieving effect on tight muscles and stiff joints.

There are a number of medications and medications that are designed to treat arthritis and arthritis symptoms. The most common procedure is to start with the drugs that have the least negative side effects and then try stronger medicines if the first ones do not work properly.

The type of medication used varies depending on the type of arthritis / arthritis that the person is afflicted with. Common painkillers and medications come in pill form and as tablets - some of the most common ones used are paracet (paracetamol), ibux (ibuprofen) and opiates.

In the treatment of rheumatic arthritis, a so-called anti-rheumatic drug called Methotrexate is also used - this simply works directly against the immune system and leads to a later progression of this condition.

In certain forms of erosive arthritis, ie arthritis conditions that break down and destroy joints (eg rheumatic arthritis), it may be necessary to replace the joints if they become so damaged that they no longer function.

Of course, this is something you do not want and should be a last resort because of the risks of surgery and surgical procedures, but which may be extremely necessary in some cases.

For example, hip and knee prosthetic surgery is relatively common due to arthritis, but unfortunately is no guarantee that the pain will disappear. Recent studies have cast doubt on whether surgery is better than just exercise - and some studies have also shown that customized training can be better than surgical intervention.

In many cases, cortisone will be tested before going to the drastic operation.

In the blossoming phase of arthritis and arthritis, sick leave and rest may be necessary - often in combination with treatment. Sickness progress will vary and it is impossible to say anything specific about how long arthritis will be sickly reported.

It is NAV that is the organizing body together with sick leave. If the condition worsens, this can cause the person to be unable to work, become disabled, and then dependent on the disability benefit / disability pension.

On a general basis, it is recommended to treat colds in the symptoms of arthritis. This is due to the fact that cold calms down inflammatory processes in the area - heat can work on the opposite basis and increase the inflammation process towards the affected joint.

That being said, it is often recommended to use heat on nearby muscle groups for symptom relief of tight, sore muscles. Of course, this does not mean that arthritis and the south do not go hand in hand - but the effect of warmer strokes aimed at arthritis and arthritis probably works on many levels which contributes to increased physical and mental well-being.

Exercises and training for those with Rheumatism

Adapted training in hot water pool, with exercise bands or low impact load can be very beneficial for those with rheumatism - and is highly recommended. Trips on rough terrain are also a good way to stay in shape. We also recommend performing daily stretching and movement exercises - as shown in the video below.

Polymyalgia rheumatica is a rheumatic disorder characterized by inflammatory reactions, and pain in the neck, shoulders and hips. In the video below, chiropractor and rehabilitation therapist Alexander Andorff shows 3 different training programs - one for each of the most common areas - with a total of 17 exercises.

VIDEO: 5 Movement Exercises for Those with Fibromyalgia

Knowing adapted exercise exercises adapted to those with fibromyalgia is very important. The video below shows five gentle exercises that can help you maintain mobility, circulation and relieve pain.

Do you have questions about the article or do you need any more tips? Ask us directly via our facebook page or via the comment box below.

Share Feel free to increase the knowledge of Rheumatism

Knowledge among the general public and health professionals is the only way to increase focus towards the development of new assessment and treatment methods for rheumatic pain diagnoses. We hope you take the time to share this further in social media and say thanks in advance for your help. Your sharing means a great deal to those affected.

NEXT PAGE: - THIS Should You Know About Fibromyalgia

Click on the image above to proceed to the next page.

Please support our work by following us and sharing our articles on social media: